Get Your Free Self Confidence Audiobook!
Send it to me!
Skip to content

Do you want to learn how to wake up early?

It can be tough, but it’s definitely worth it.

In this guide, we will discuss the best ways to make the transition from night owl to early bird.

Note: This post may contain affiliate links, which means if you buy from my link I might make a small commission. This does not affect the price you pay. See the full affiliate disclosure here.

We’ll cover everything from setting a goal to creating a morning routine.

By following these tips, you’ll be able to start your day off on the right foot and accomplish more than ever before!

How to Wake Up Early

Waking up crazy early isn’t many people’s strong suit, but you can’t deny it’s a powerhouse tool common to CEOs, high-earning entrepreneurs, top athletes, and all the type A go-getters you admire.

But actually getting out of bed when your alarm goes off at the crack of dawn is easier said than done.

Regardless, there is a way to beat the early-morning snooze button habit, and it’s all about setting yourself up for success.

As with anything, once you get used to waking up early consistently, it becomes a habit – soon you won’t even remember 5 am used to be painful, and who knows, you might even start to enjoy it!

Here is how to wake up early and be productive.

The very first step is to set yourself up well the night before.

This too will become habit, but until it does, you need to make a conscious effort to prioritize sleep, starting long before you actually go to bed.

Know how much sleep you need

Contrary to popular belief, waking up early doesn’t have to be an exercise in sleep deprivation; actually, it won’t work at all long term if you’re not getting what you need for sleep.

Some people can function well on 4-5 hours, and if that’s you, congrats!

I personally need a full 8 hours to stave off angry me, so waking up at 6 for me means going to bed no later than 10.

Figure out what time you need to go to bed in order to get your sleep before your wake-up goal – it’s not a bad idea to give yourself an extra half hour to account for actually settling in.

Setting up a nighttime routine before you go to sleep will over time be stored in your subconscious as, these are the things that happen before sleep and will signal to your body that it’s time to get sleepy.

Even something as simple as eating the same snack every night before bed will send off notices that it’s time for your brain to start winding down.

Drinking coffee at 7 pm, heavy desserts, more than one evening beer – these things are going to come back around to bite you in the butt.

Studies have shown too that exposure to blue light (like that emitted from your cell phone and computer screens) have an inhibiting effect on your ability to produce melatonin, the chemical we release for restful sleep.

Blue light blocking glasses can help with this as well. Here are my favorite pair: 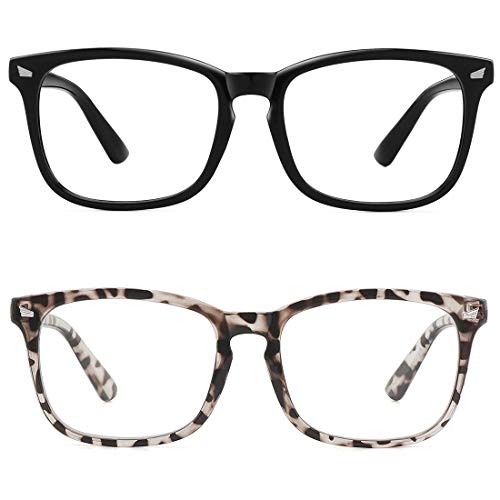 Turn your screens off and keep to light foods and beverages once the sun starts to sink for the night.

Having a bunch of adrenaline or stress coursing through your body isn’t going to get you very far when it comes to a solid night’s sleep.

Leave the horror movies, panic-inducing news coverage, and the complicated work stuff that stresses you out for some other time of day.

Evenings are perfect for prioritizing relaxation, like a nice bubble bath or gentle exercise (like walking the dog or practicing yoga). The scents are amazing at calming me down and relaxing me before bed: 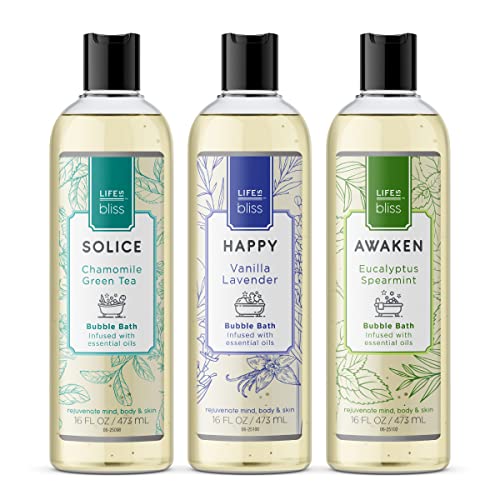 Plan your day out the night before

Having a solid foundation for the next day’s activities before you go to bed is the ultimate “shut up” to that nagging voice in your head that keeps trying to go over every little detail while you’re trying to get to sleep.

Not only that, but this way when you wake up you don’t have to try too hard to comprehend the world early in the morning; you’ve already got a roadmap for the day.

This can only help make it easier for you to both fall asleep and get going when you can’t remember how to spell your own name.

Starting off with the alarm

Many sleep experts agree that waking up with natural light gives you the best chances for a gentle awakening that doesn’t leave you feeling groggy and deprived.

An alarm clock like this one mimics the sunrise and gradually brightens half an hour before your alarm time to give you the best start to your day. 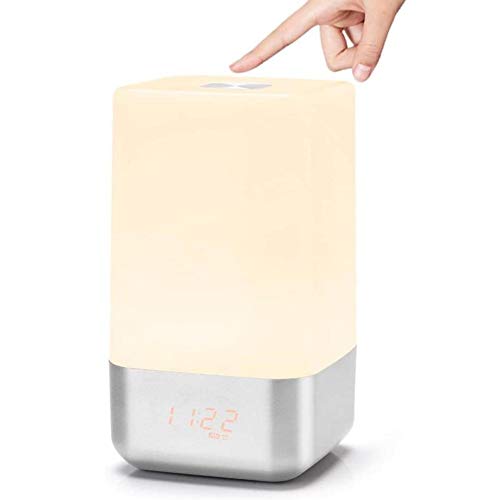 Alternatively, if you’re the type who really needs a little tough love in those moments, Clocky is a super-loud alarm clock that literally runs away from you, making you get out of bed and chase him down in order to turn it off.

Hands off the snooze button

Snoozing the alarm has got to be the single worst invention of the 20th century.

Yes, it’s tantalizingly tempting to just hit a button for ten more minutes of sleep, but the effects it actually has on your system are NOT helpful.

When you go back to sleep after hitting the snooze, your system actually starts a new sleep cycle, releasing hormones that help you fall asleep quicker.

These hormones stay in your system after every snooze, making it progressively harder to wake up each time you hit that button and keeping you feeling groggy and cloudy long after you do actually pull yourself out of bed.

Set one alarm, and get up when it goes off. Not so easy? Here’s that link for Clocky again, in case you needed it.

Give Yourself a Boost

If you’re a morning coffee person (like me), now is not the time to try to kick the habit.

If coffee isn’t your thing, grab something to eat that will give you a bit of a perk up, like fresh fruit (apples are a great choice, due to the high concentration of natural sugars).

Stepping outside for a minute to get some sunlight will help wake you up, or maybe a shower first thing in the morning.

Find something regular to help transition you from sleeping to ready to face the day, and make it part of your routine to help waking up early become a long term habit.

Have something to look forward to

If you’re waking up earlier to exercise or starting a new job that requires an early start time, then you already have an incentive to get out of bed.

For me, waking up early was a way to guarantee some quiet time in the morning to journal and go over my plans for the day and maybe get some work done before the rest of my family got up.

Either way, have something planned for those extra morning hours that you look forward to that will act as a reward for crawling out of bed before the sun does!

This is a common refrain you’ll hear around here – Write it down on paper.

Put your wake time in your planner and record your progress as you wake up.

A habit tracker in your planner can work well as a visual reminder of your successes, or if you want to go more in-depth, you can try something like this Morning Sidekick Journal. 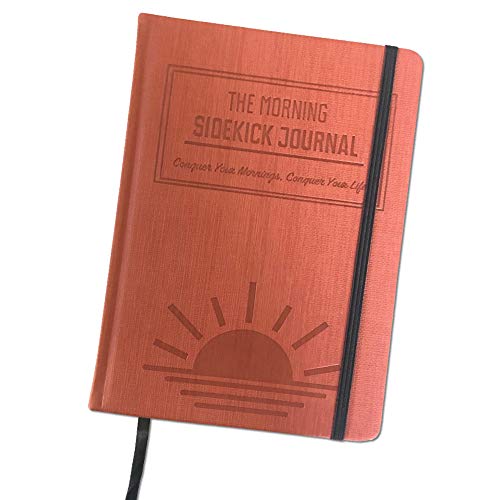 I haven’t used it yet but I LOVE the idea and I’m ordering one to add into my morning/evening planning routines!

Forming the Habit of Waking up Early

In order to turn your early-morning efforts into long-term habits, there’s a few things you need to keep in mind:

If you want early rising to become second nature, you’ve got to do it every day.

Yes, I know, that sucks.

Once your body gets more used to waking up at the same time every day, once-in-a-while lazy Sunday mornings aren’t going to hurt, but if you want to form a long lasting habit, for now you’ve got to commit

Don’t try to transition into it

That is the worst advice ever.

When you start to wake up earlier, you’re going to be reshaping your circadian rhythm.

Your system fights it at first – just like it fights a brand new exercise program, moving across time zones or season changes.

Eventually you do it enough times that your body goes, “Oh hey, we’re not dying after all, this is just a thing we do now”, and it stops feeling awful.

When you try to transition into an earlier waking time, you’re putting yourself through that over and over again.
It doesn’t make it easier. If you’re used to waking up at 8, waking up at 7:30 isn’t any easier than waking up at 6.

If you’re also restructuring your bedtimes each time, you’re going to spend most of your nights laying in bed staring at the ceiling thinking, why can’t I sleep. I need to go to sleep now. One sheep. Two sheep – ugh this is awful.

Normally I advocate baby steps towards a big change. This is not one of those cases.

If your end goal is to wake up at 6 am, start by waking up at 6 am. Anything else and you’re just messing around.

One Last Note on How to Wake Up Early

I don’t want you to panic if the first day you try to wake up early you find yourself miserable, not able to sleep the night before, and just end up sitting on the edge of your bed for the first forty five minutes.

Your body is designed to fight changes.

The important thing is to keep waking up at your goal time.

The first week, maybe you don’t get anything done.

Maybe that first week you’re a powerhouse and then your momentum drops and you struggle for the second week.

Stick with your schedule. And those sleepless nights? Trust me, once your body figures out you’re waking up early (whether you want to or not), you’ll start dropping off like a baby in no time.

I hope you use these tips on how to wake up early and be productive every day from now on!

Looking for some more productivity tips?

Check out our best posts:

our quick course on time management!

SHOW ME THE COURSE!

Sitting stuck at home can suck. Whether you’re practicing social distancing or stuck in isolation, there’s something weird about not being able to go anywhere that…

Are you looking for time management tips for moms? Do you wish you had more hours in your day? Are you overwhelmed by your to-do list?…

Do you wonder how to get more done in a day? Are you ready to get some help with organizing your time and becoming more productive?…

I have found that learning how to manage your time more effectively is such a struggle. It is an area of my life that has never…

So as I’ve been growing and rebranding my blog and business I’m on a constant need to try and discover new things. Which is mostly awesome…

Busy vs. Productive: Which One Are You?

As an expert in productivity and planning, I focus on simplifying & streamlining your daily processes so you can get down to the real work.